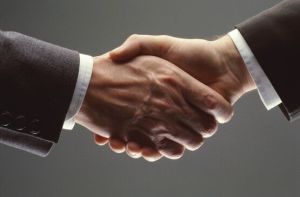 Mark 3:13-14 And he went up on the mountain and called to Him those he himself wanted, and they came to him. Then he appointed twelve that they might be with him and that he might send them out to preach

Greetings to all beloved readers in the name of our lord Jesus Christ.

Jesus begin his public ministry in the age of 30 in his total thirty three and half years in the world , till 30 years he was preparing for the great mission which father has bestowed over him and send him to fulfill it for us. He increased in wisdom and stature and in favor with God and men. Born in Bethlehem, brought up in Nazareth and his ministry Head Quarters were in Capernaum. During his early days of ministry he called some people to him to be with him. Among these people who were called was Tax Collectors, Fishermen’s ,most of them who were called was uneducated and was counted low in the society. But Jesus did not call them by seeing their Profile but called them for a purpose.
God will not select you by seeing your high profile, he don’t count all those talents and status of this world. He doesn’t count the talents which you have because those things are not needed for the mission. God will not call anyone just by seeing the outward appearance but he will search you inner appearance and will choose you.
Some people are so selective while they choose something for themselves. Here we can see Jesus also called some people for himself, he called them to be with him.
Remember First thing you and me are called to be with him. He did not call you to give sermon, he did not called you to sing in the choirs, he did not called you to speak in tongues, and he did not called you to cast demons. Please do not misunderstand me here.
First and foremost he called us to be with him….rest all things which I have mentioned he will give to you after you are with him. I do not love God by seeing the gold floors of the heaven and by the Jasper made wall. The heaven is heaven for me because my Jesus is in heaven; Heaven is my home because my father is in heaven. Unfortunately many believers do not know why they are called? Some of them serve because they have to do it. I am called to be with him, we are called to be with him. If you are with him he will pour out his blessings on you and you will no room enough to receive it.

Let us read Mark 3:13-15 Jesus called some of them who were not such great in the eyes of the world but the one who has called them knows them better than the world.
After calling them Jesus appointed them, I searched the meaning of the word appointed… I searched until I found the exact meaning which I was looking for.
The word appointed means to discharge the trust or fixed. Now these two words are very important. Jesus appointed those people whom he can trust and whom he can fix for the great mission. My question we all trust Jesus…but do Jesus trust us?
Each and everyone who believes Jesus Christ is God is called (1Cori 7:17) but not everyone is appointed (Mat 20:16).

Calling and appointing is two different things.
I was called but God will search me how faithful and trust worthy I am in what I am called for and after that when he discharge his trust on me he will now appoint me for the task. There is a time gap between the calling and appointing; during this time period god will test you that how good you are to receive the appointment and once you got the appointment you need to stick to the rules. No company will appoint you before the interview. They want to test you and only after that they will appoint you and after appointment you will sign a contract saying that you will abide in the rules of company.
This is what Apostle Paul says in 1 Corinthians 7: 22 and 23 for he who is called in the Lord while a slave is the Lord’s Freedman. Likewise he who is called while free is Christ’s slave. We were in the darkness as bond servants of Satan but Jesus called us from the darkness to the light to be bond servants of Christ. So the position of the one is called and the one who is appointed is different. I am not telling you that you will go to hell because you are just called but you can be appointed. Remember you and me is called to be with him. Ask ourselves are we with him? As I said earlier god will test you when you are called, he will test you patience, he will test how faithful you are in the little things…some people thing that we must be faithful when we come into the presence of god or when we are in church but this is totally foolish idea. God will not test you only in church compounds but he will test you how faithful you are in your office compounds, among your family, your friends. The one is not faithful in office how can he be faithful to God? The one who is not faithful to his wife how can he be faithful to god? . God will test you in all areas and then only he will discharge his trust on you. He may ignore you to test your patience; he may not give you sudden answers for your prayers to test your trust in him. Now you may ask why he doing all these? Why he should test us before appointing us? The reason because the ministry is not a Game. You must know that you need to give up something in your life; you must pay the price for which you are going to be appointed. God is sovereign he don’t need to test you, he knows each and every one of us but this testing between the calling and appointing period is to let you and me know how able we are to be appointed. Some people have a thirst for the god ministry but they don’t want to give up something in their life. So god will test him or her and teach the importance of what he or she will be going to do, and with this they will come to know that the thing which they can’t give up is very little compared to things which they are going to get. Apostle Paul says he count them rubbish which was important for him to gain Christ. Phil 3:7 says but what things was gain to me, these I have counted loss for Christ. One man sold everything what he had to buy the field which had hidden treasures. Why that everything was not important for him because he found the treasure.

Let’s come back to Saint Mark after appointing twelve Jesus gave them power to preach, Power to cast demons. Power to heal sicknesses. All these authorities was bestowed to them when Jesus found them worthy to be his disciples…they were called as normal men but they were appointed as apostles…see the changes. God will give his authority and his power to the appointed. Now you may be a normal person for this world, but be with Jesus and walk with Jesus he will appoint you as a vessel for his purpose…Remember for what we are called for…serve and love him with whole heart. HE WILL APPOINT YOU FOR HIS PURPOSE AND TO BE WITH HIM.

May God bless you